Is There a Connection Between Inflammation and Cancer? 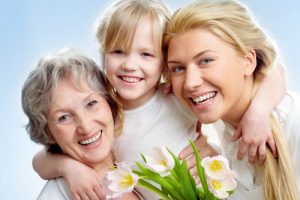 Does a connection between inflammation and cancer exist? I believe it does, and here’s why.

Thanks to Anna Jarvis in 1908, we now celebrate Mother’s Day every year. But I lost my mom to kidney cancer in August 1992 when she was just 48. So I’ve had to move from celebrating my mother to being celebrated by my children each year in May. Mom wasn’t genetically predisposed to cancer of any kind, but she developed kidney cancer anyway. I’ve often wondered “Why,” for the past 26 years. Was it because she was dealing with a severe case of periodontal disease? Is there a connection between inflammation and cancer?

What is Gum Disease?

First, what is gum disease? Gum disease is known as gingivitis. It is caused by plaque, a sticky substance laden with bacteria. When you allow plaque to form on your teeth, the gums become inflamed and bleed easily. Gingivitis can be prevented, even reversed, with proper daily flossing and brushing.

Once you develop gingivitis and plaque is left on your teeth, gingivitis may turn into periodontal disease causing gums to pull away and form pockets. These pockets trap more food and bacteria. And over a short period of time, the damage done to your teeth and bone structures causes tooth loss.

A Study on the Connection Between Inflammation and Cancer

According to a study published in Cancer Epidemiology, Biomarkers & Prevention, women who have gum disease are 14 percent more likely to develop cancer than women who have healthy teeth and gums.

Nearly 66,000 postmenopausal women, between 54 and 86, provided data and were followed for about eight years. At the beginning of the study, each woman completed a health survey and reported whether or not they had ever had periodontal disease.

During the course of the study, about 7,100 of the 66,000 women studied developed cancer. Those with a history of periodontal disease were more than three times as likely to develop esophageal cancer. They were twice as likely to develop gallbladder cancer. The risk of lung cancer, skin melanomas, and breast cancer also increased by 31, 23, and 13 percent.

People who smoke and drink alcohol are prone to develop periodontal disease. Smoking and drinking are also risk factors for several types of cancer. And the women who had developed periodontal disease reported that they had smoked, been exposed to secondhand smoke, and drank alcohol.

Researchers aren’t sure why gum disease and cancer are linked. But my integrative/functional medicine doctor who successfully treats and helps clients with major health issues, such as cancer, said that inflammation is the number one trigger of cancer.

When gums become infected, pathogens and toxins enter the bloodstream and travel to other parts of the body.

No doubt about it! At the very least, the study certainly supports taking care of your teeth and gums to keep your teeth in place.

Studies have clearly shown a link between periodontal disease and heart disease, diabetes, and now cancer. So it behooves us greatly to maintain good oral health with proper brushing twice daily, flossing once a day, and visiting us at Davis Dental twice a year.

In defense of Mom, I must clarify that she took excellent care of her teeth and gums. She brushed and flossed properly and visited her dentist with her kids twice a year. So why did she develop periodontal disease? I don’t know. But she was deeply involved in restoring her oral health when she developed kidney cancer and died.

Inflammation is a very bad word. And there are many things in life that cause inflammation – stress, the foods we eat, lack of sleep, lack of exercise, medications we take, infection. But taking proper care of your teeth and gums to prevent gum disease and inflammation and to lower your risk of developing cancer is something you can do quite easily at home.

Are you presently dealing with inflammation? Call our office right away at (307) 634-3448 today to have Dr. Davis address your concerns. We care about the health of your teeth and gums!

This site uses Akismet to reduce spam. Learn how your comment data is processed.