Mystery of the Dreaded Third Molars: What in the World are They For? 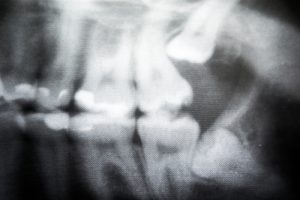 Third molars are troublesome 85 percent of the time. What are they and what can you do about them before they cause you trouble?

Wisdom teeth, or third molars, are something we have come to dread. The reason? When they finally show up, they’re extremely painful and completely useless. So, what in the world are they for? Why did God create us with the third set of molars when they’re just going to get pulled by the time we’re 25-years-old anyway?

Why Do We Have Third Molars?

Evolutionists believe man developed wisdom teeth because we needed them to chew raw meat, nuts, roots, berries, and leaves. But now, because of the ways we prepare our food, the need for wisdom teeth no longer exists. Our third molars have become of no use due to evolution.

And somewhere between the ages of 17 and 25, after all that time staying tucked away just below the surface of the gums, they emerge. And when they do, they almost always have to come out.

Why Should Third Molars be Removed?

Not everyone has wisdom teeth. At least, they may never erupt beyond the surface of the gums. I counted myself fortunate to have had only 3 wisdom teeth. And even at age 21, those three molars weren’t causing me any pain or discomfort.

But there are those people who develop wisdom teeth and have absolutely no trouble them. And no one can predict whether or not complications will occur. This article written by Jay W. Friedman, DDS, MPH in 2007, states that the American Association of Oral and Maxillofacial Surgeons estimates that about 85 percent of wisdom teeth will eventually need to be removed.

But even if your wisdom teeth are not causing problems in terms of spacing, it is recommended they be removed simply to eliminate the possibility of the development of diseases in the future.

What Could Possibly Go Wrong with Third Molars?

The number of teeth each person ends up with varies. But for those of us who do end up with third molars (extraneous or supernumerary teeth), it can lead to all sorts of oral problems.

First of all, because they are so far back in the mouth, third molars are hard to care for properly and to keep clean. If a wisdom tooth partially erupts, food can get trapped in the gum tissue surrounding it. Yep, I already had that going on with molar set number two! And food trapped in the gum tissue surrounding a tooth leads to the growth of bacteria and, possibly, a serious infection.

But even if your wisdom teeth never emerge, they can still cause you major trouble.

Now you can see how crowding or displacement of your permanent teeth could become a problem. Right?

Sometimes, very rarely, a cyst (sac filled with fluid) can form in the soft tissue surrounding an impacted wisdom tooth. And cysts like these can cause bone destruction, jaw expansion, or damage to the teeth surrounding them. Even rarer, are the formation of tumors inside the cysts. If such cysts or tumors inside the cysts were to grow enough, they could cause your jaw to break spontaneously.

When Should Third Molars be Removed?

The roots of wisdom teeth are about two-thirds formed between ages 15 and 18. If you do have wisdom teeth, the American Association of Oral and Maxillofacial Surgeons strongly recommends they be removed in your late teens or early 20’s. This is recommended to “prevent future problems and to ensure optimal healing.”

Also, people who have their wisdom teeth removed after the age of 35 are at higher risk for:

Dr. Davis recommends and advises his patients to have their wisdom teeth pulled early for the sake of long-term health. But he does not perform this oral surgery. He refers his patients to an oral surgeon who specializes in wisdom tooth extractions.

Are you experiencing trouble with your third molars? Call Davis Dental at (307) 634-3488 to schedule an examination of your wisdom teeth today. Dr. Davis will help you make an informed decision about whether or not it’s time to extract your wisdom teeth.

This site uses Akismet to reduce spam. Learn how your comment data is processed.